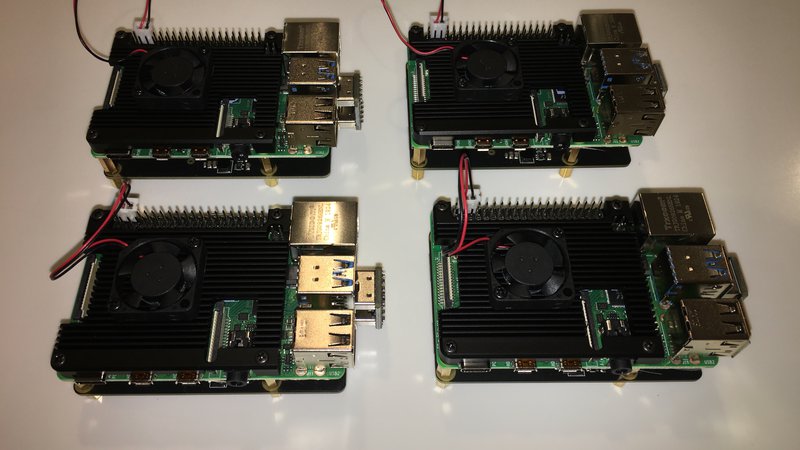 The Raspberry Pi 4 (RPi4) is a powerful and inexpensive computer. We plan to use an array of eight RPi4s to control the six individual telescopes that make up the prototype element of the Condor Array Telescope and to handle scheduling and sequencing, preliminary data processing, data storage, and data archiving. 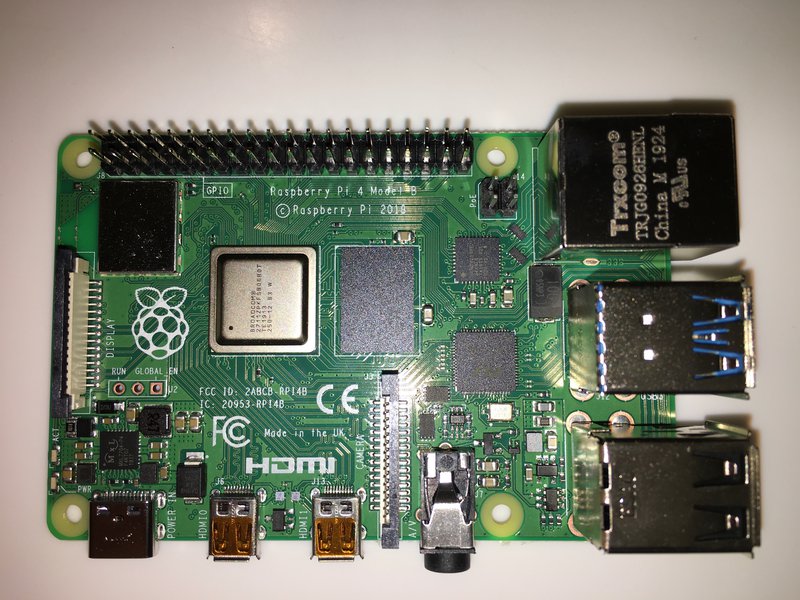 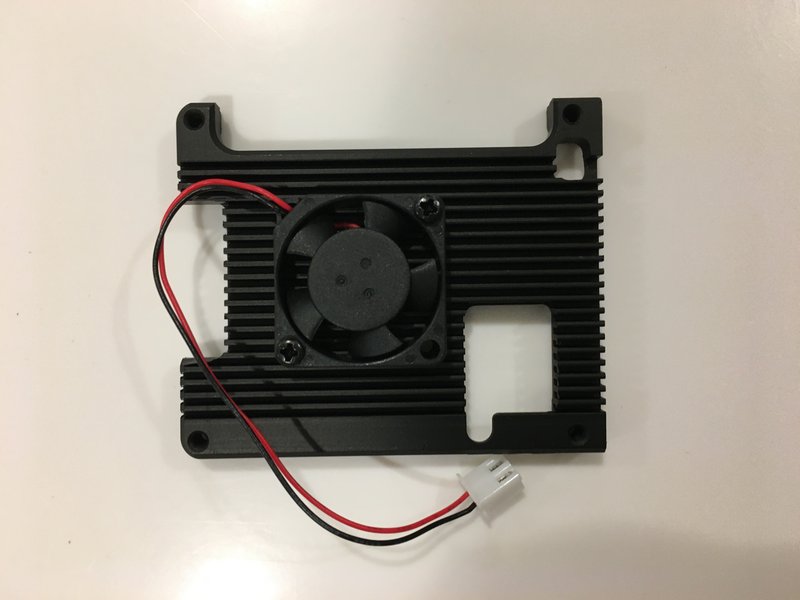 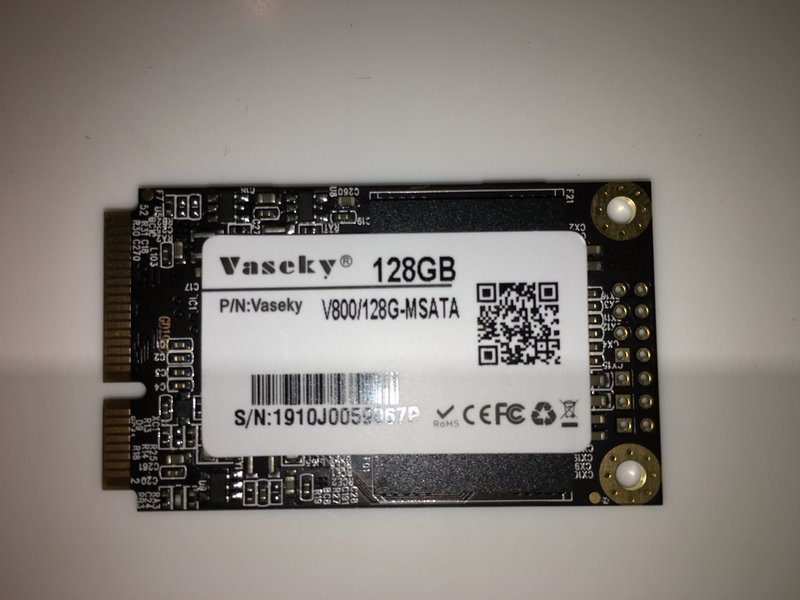 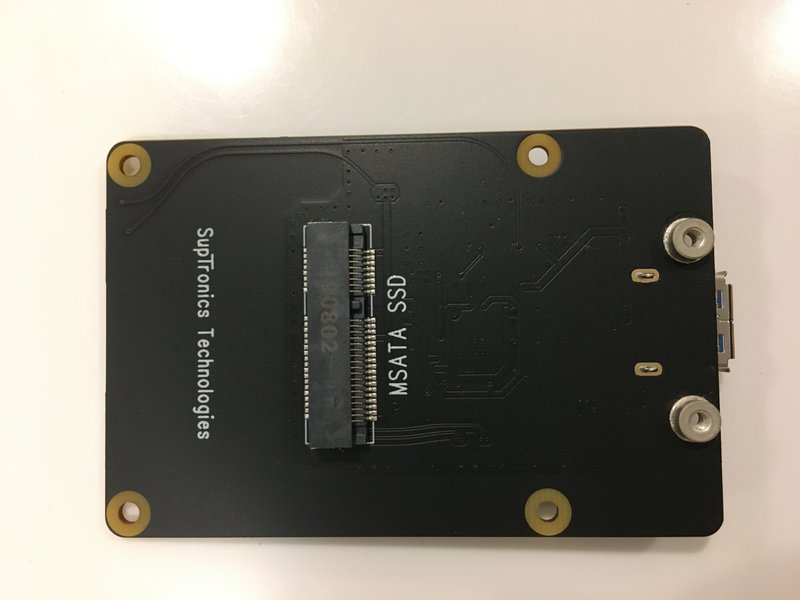 The following figure shows an assembled unit, with the RPi4 and heat sink with cooling fan on the top and the 128 GB mSATA SSD attached to the mSATA SSD shield on the bottom. The shield is equipped with a USB 3 connector, which connects to one of the two USB 3 connectors on the RPi4 and provides the RPi4 access to the SSD at the 5 gigabit per second bandwidth of USB 3. 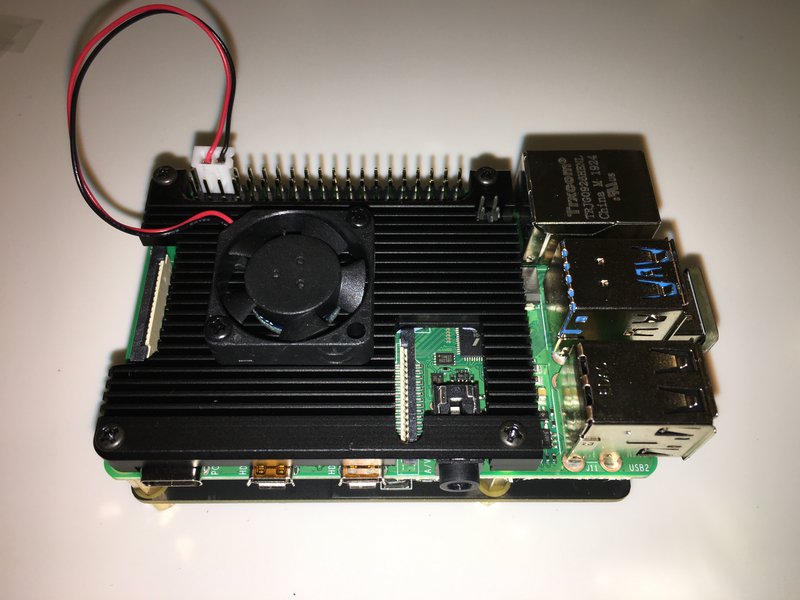