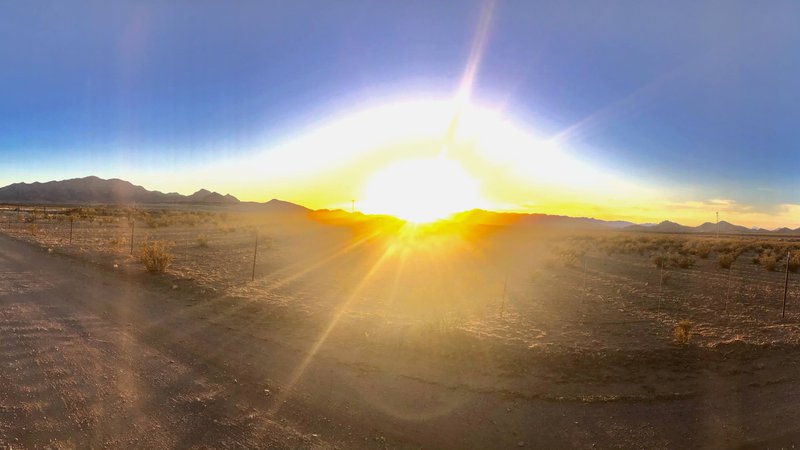 The Condor Array Telescope was scheduled to have been deployed to the El Sauce Observatory in the Rio Hurtado Valley of Chile in (Northern Hemisphere) summer of 2020. But 2020 was no ordinary year: Covid intervened, the Chilean border was closed to international travelers, and deployment to this superb astronomical site was necessarily delayed. But we are now pleased to announce that Condor has found a new temporary home at the Dark Sky New Mexico remote telescope hosting site in Animas, New Mexico.

The Dark Sky New Mexico site is located in the southwest corner of the state, about 10 miles east of the Arizonan border and about 40 miles north of the Mexican border. The site is very isolated and remote and enjoys some of the darkest skies in the continental United States. Condor will be installed into a shed-style observatory building among more than a dozen other such observatory buildings spread across the site. The Condor observatory building is located at coordinates 31.94638 N, 108.89755 E at an elevation of 1340 m (4400 feet).

The site is not far from the Chiricahua Mountains of the Coronado National Forest. The Chiricahua Mountains constitute a remarkable bio-diverse area that contains five of the nine life zones and is known in particular for the 375 bird species that have been spotted in the area. In addition to birds, the area contains black bears, bobcats, ocelots, jaguars, mountain lions, armadillos, and white-tailed deer. The Chiricahua Peak rises 2975 m (9760 feet) above sea level, roughly 1600 m (5250 feet) above the surrounding valleys. The Chiricahua National Monument at the northern tip of the National Forest is known for its extensive hoodoos and balancing rocks.

Condor will be deployed to its new home over the next few weeks, and we expect it to remain at the Dark Sky New Mexico site for at least a year (i.e. until winter 2021) and perhaps longer, depending on the trajectory of the virus.

Scientific Collaboration Agreement with the University of Chile

We are pleased to announce a scientific collaboration agreement with the University of Chile. The agreement calls for the …